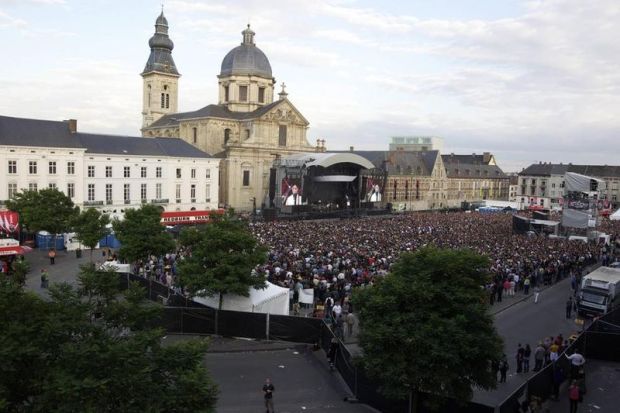 During the concert, I didn’t notice that something was wrong, as the trauma had happened from the first second on. If the volume is extremely loud, the ears kind of “shut down” and you don’t feel the pain because of adrenaline rushing through your body. I was angry at the sound guy, because I believed that he was doing a very bad job, as everything sounded very muddy. It was only afterwards – 3 hours (!) later, that I realized that I was in trouble. I couldn’t understand a word of what my friend was saying.

I immediately contacted my doctor. Unfortunately, in Belgium, acoustic trauma is often being waved away. “Rest for a few weeks and we’ll see then.” Luckily, I am not a person to be shushed. I Googled, I informed myself, I contacted colleagues I knew had suffered ear trauma too. And everywhere I read and heard the same: You have to start treatment within 24 hours, otherwise it’s too late. Don’t listen to the doctors that tell you to wait and rest.

In the end, I had to call and beg 4 (!) hospitals before someone wanted to admit me for emergency treatment. Finally, Dr. Michael Boedts from Maria Middelares took me serious and said he was willing to give me everything I asked for. Even though some of the treatments were experimental. For 3 days, I was attached to a tank of carbogen gas and I received cortisone IV (I know… but this was one of these emergencies). For 5 consecutive days, I went into the hyperbaric oxygen tank. This is also a treatment for people with divers’ disease.

During my stay at the hospital, I created a private FB-group for musicians with ear trauma. It’s amazing how many colleagues have damaged hearing… So, we talked in this private, safe group and via PM. Not out in the open. Because there is a BIG taboo. People are afraid they’re going to lose jobs or be seen as bad musicians. It’s striking how the big majority of these people has received treatment too late, which has resulted in permanent damage. I don’t know anybody that has been treated the way I have been.

As a professional musician, my ears are my bread. I’m HSP, so I was used to hearing freakishly well. An audiologist once told me that I was not supposed to hear the sounds he was letting me hear at my age. So, you can imagine how afraid I was…

Now, I can say that I have healed 100%.
A year after the trauma, I did the traditional hearing test with the bleeps in another hospital, where I cooperated with scientific research. They couldn’t believe that I had suffered such a severe ear trauma, looking at my results. They were again very far above “normal”.
This week, thanks to Beo Van Haver, I did the Otoacoustic Emissions Test (OAE), which detects damage at a much earlier stage than the traditional bleep test. The doctor was quite amazed. 0% damage. Zero!

I am so extremely happy that I have trusted my gut the day that I have suffered the ear trauma. Calling the doctors & hospitals hurt like hell. I had to press the phone very close to my ear in order to be able to hear what they were saying, while every tiny little sound hurt. But I felt that I needed to do it.

And my eternal gratitude goes to dr. Michael Boedts. He literally has saved my hearing. It is oùr body, it is oùr responsibility to listen to it. When we feel that one doctor isn’t right for us, we hàve to go to another one that feels right.

Let’s take our health in our own hands. Let’s trust our gut.
PS: At that time, I had custom made hearing protection. But I had forgotten to take them with me. I only realized that, as I was already standing @ the golden circle, in the first row. Right in front of the speakers, waiting for the concert to start. Walking all the way back to the entrance, in order to go get the free earplugs they distributed would result in me losing that perfect spot. I thought “Oh well, it’s an open air concert in the middle of the city centre. The sound level will not be that bad. And if it hurts, I will go get the free earplugs anyway.”

Oh, how I regret that decision now. It did hurt. I only didn’t realize it until it was too late, as my ears shut down from the first second on. And as you know, Prince always gives his all… So I have tortured my precious ears for 3 hours. 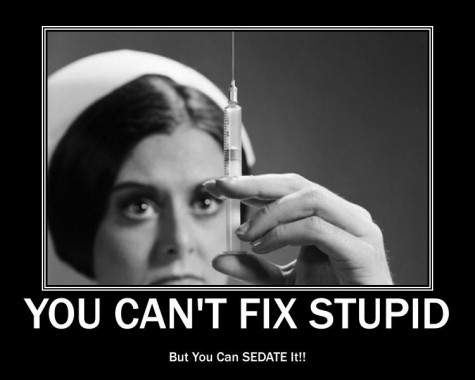 Now, I take my custom made earplugs EVERYWHERE. Silence is a rare good. Noise pollution is all around us. You never know when those babies might save you ;o) 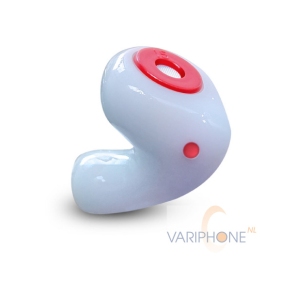